Continuous growth for the elumatec group

In elumatec's first year as a PLC ("elumatec AG") in 2014, total turnover was almost 116 million euros. A year later the company broke through the 120 million euro barrier, and in 2016 turnover was around 125 million euros. Turnover for 2017 is expected to be around 130 million, representing a further increase compared with the previous year. The European and Asian markets showed particularly strong growth in 2017, a positive trend which was largely the result of the new SBZ 122 and SBZ 628 developments, although demand also increased for double mitre saws. Further exciting developments in 2018 include the SBZ 141 and, in the second half of the year, the SBZ 151 Edition 90. 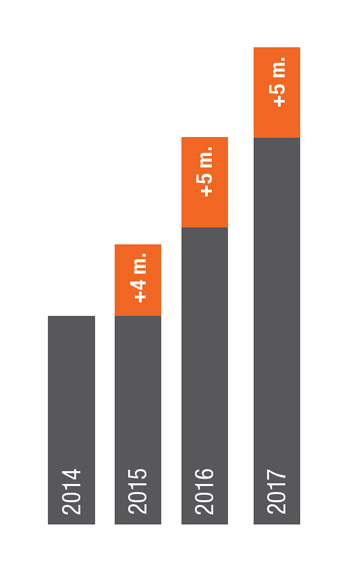 “WE ARE AND WILL ALWAYS BE NUMBER ONE”