Change in leadership at elumatec AG

elumatec AG’s 91st year in business is both a time of change and a chance to say thank you.

Ralf Haspel, CEO of elumatec AG since 2014, has decided to step down as CEO of elumatec AG at the end of June 2019. Having joined the company in 2007, Mr Haspel held various management positions in Sales until becoming a board member in 2014, and then in 2016 he took overall charge of elumatec AG as the sole member of the executive board. He will remain involved with the Voilàp group in other capacities.

On 24 May 2019 the supervisory board appointed Mr Frank Rodrigo Keller as his successor. Mr Keller began his new role as CEO in early June and will share responsibility for the group’s business activities with Mr Haspel until the final handover at the end of June, which will ensure continuity and a smooth transition. 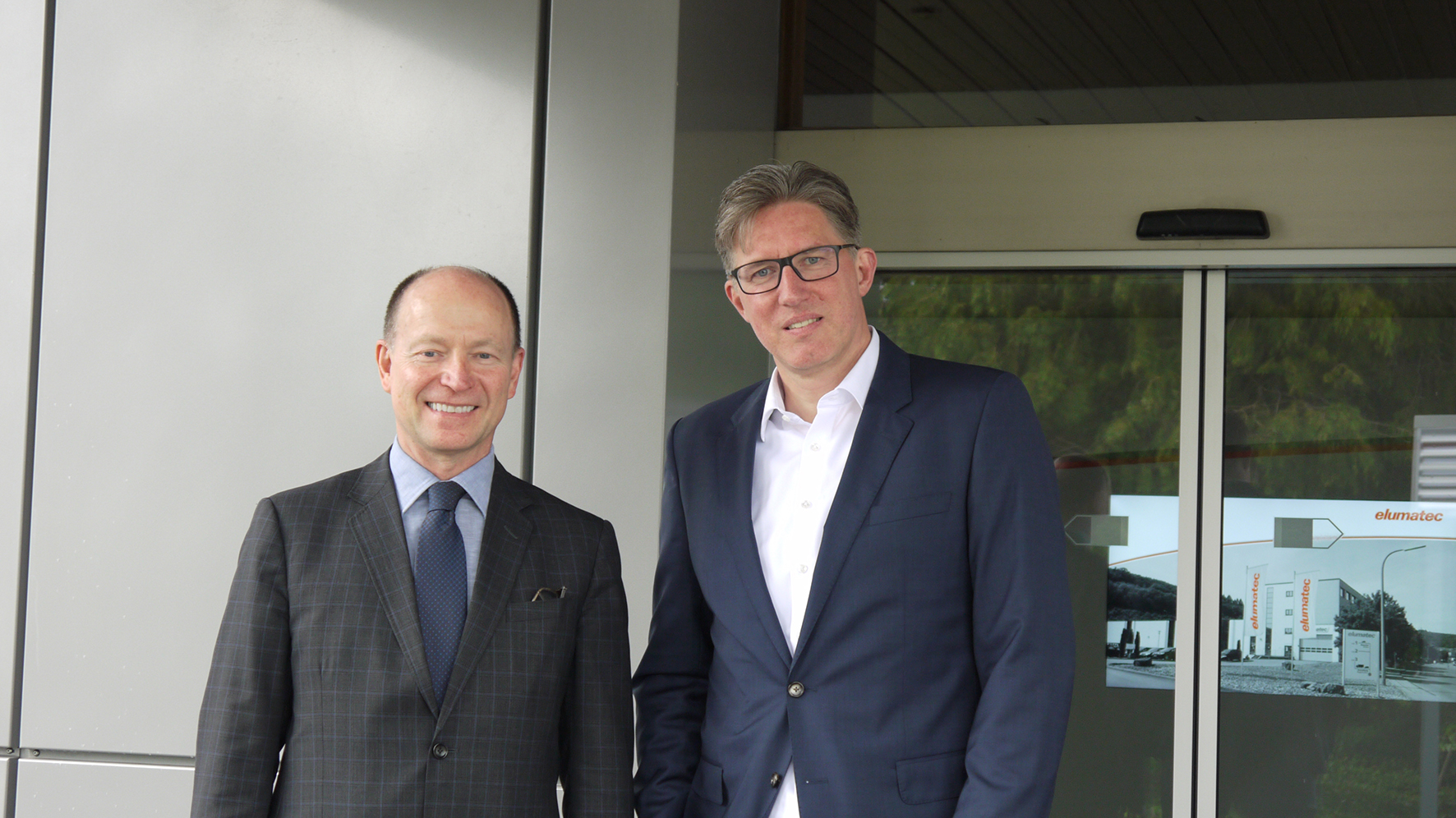 Frank Rodrigo Keller (left) takes over as CEO of the elumatec group from Ralf Haspel in June.

Mr Keller was officially welcomed during a staff meeting at our site in Lomersheim at the end of May by Paolo Bianchi (Chief Operating Officer of Voilàp Holding), Piero Valentini (Director of Voilàp Holding Industrial Division), Mr Haspel and the elumatec staff.

During the meeting our colleagues from Voilàp Holding emphasized that the choice of the new CEO was based on more than simply possessing the required specialist knowledge and management skills: selecting a German successor is also explicit acknowledgement on the part of the Italian holding of the importance of the German site and of maintaining the company’s identity.

Handing over the reins. From left to right: Paolo Bianchi (Chief Operating Officer of Voilàp Holding),

Mr Keller is 59 years old and comes with extensive experience from various senior management positions in mechanical engineering, electrical engineering and sensor technology, both within Germany and internationally. A technical draughtsman and electrical engineer by training, in addition to German he speaks fluent English and Spanish. In his inaugural speech, he stated that his approach and his commitment rely not just on technical expertise, but on individual responsibility and team spirit as well.

We would like to take this opportunity to thank Mr Haspel for his many years of hard work and success at elumatec AG, and we wish him all the best in his future career.