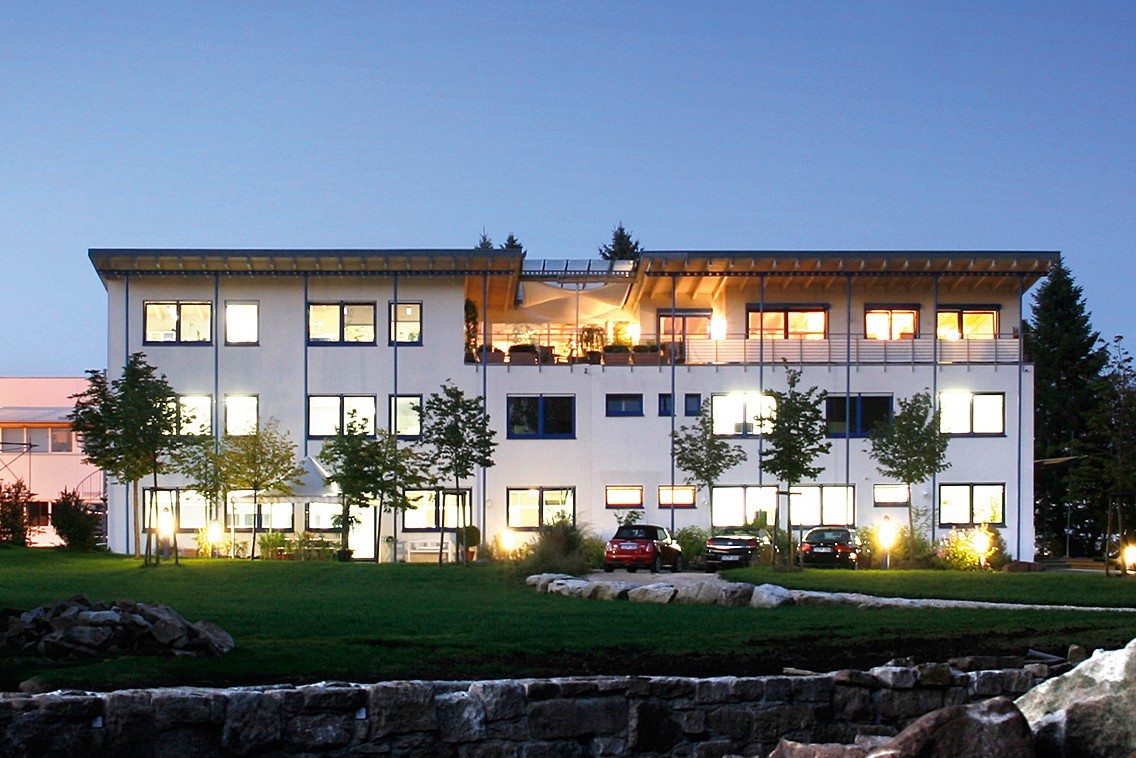 Everyone knows the story behind Apple Inc., and there are parallels between the company founded by Steve Jobs and Steve Wozniak and

elusoft’s beginnings in 2000. The first steps towards developing programming software for elumatec machines may have been taken in offices rather than in a garage, but the pioneering, can-do spirit that often comes with such humble origins was also in plentiful supply among those elumatec programmers who worked day and night to write the perfect code for the first release.

The drive and dynamism that characterised the early years of software programming is alive and well in today’s 13-strong elusoft team. “It still feels like a start-up”, says Stefan Huster, Head of Software Development at elusoft. Although the computer scientist wasn’t involved when the elumatec subsidiary was founded in 2001, he knows the story of how a collaborative effort with software firm CAMäleon became the beating heart of elumatec’s future like the back of his hand. “The company is also part of Voilàp Holding, and we still work closely with them as a partner”, he says. Based in Dettenhausen, south of Stuttgart, elusoft staff enjoy both the proximity to the Schönbuch nature reserve and the distance from the machinery of Mühlacker – though of course they are frequent visitors to elumatec AG headquarters. Huster explains how the arrangement suits both parties: “Feedback from elumatec technicians and Sales staff is obviously every bit as important as the feedback from our customers. But we also value the freedom we have to move forward with developing our software.”

In practice, that means elusoft focuses on developing products and solutions that make machines and customer production processes more efficient and future-proof. The eluCad programming software is a prime example: experience from numerous customer projects has helped make eluCad the solution that meets the demands of medium- sized metal construction firms and industrial customers for creating quick and flexible programs for elumatec machines. Highly complex projects such as the Louvre Abu Dhabi and the Burj Khalifa are testament to the software’s capabilities.

Four applications engineers are employed at elusoft to conduct customer training, oversee production at customer sites and provide advice and consultation whenever required via the elusoft hotline. As Hansjörg Auch-Schwarz, Head of Applications Engineering at elusoft, says: “Our customer service aims to give our customers the best possible support to help them overcome the challenges they face.” Little wonder, then, that elusoft staff are on first-name terms with many customers, and an extremely close and productive relationship has blossomed that allows market requirements to be identified ahead of time and provides valuable input for software development, both for eluCad and for eluCloud, the new digital solution for monitoring production.

“We have a very low staff turnover at our company, and that’s thanks to the atmosphere here.”

The team also features three women who are responsible for the administrative side of the business, including keeping the books and taking care of jobs that often go unnoticed, such as booking hotel rooms for those attending training courses. They are the backbone of the company, giving the six developers (who know how lucky they are to have them) the freedom to unleash their creativity. The six developers include one woman, Christina Bauer, who trained at elusoft, went on to get a Master’s degree and then returned to elusoft, something which makes Huster particularly proud. “We have a very low staff turnover at our company, and that’s thanks to the atmosphere here.” Going for a beer together after work and regular social events are part of the company culture, but even more important are flexible working hours, open and honest communication and a flat hierarchy: Ralf Haspel, Managing Director of elusoft since 2011 and former CEO of elumatec AG, focuses on the relationships with elumatec and Voilàp Holding in addition to his administrative responsibilities, while Huster shares operational management duties with Petra Ecker, whose remit covers the commercial aspect of the business. 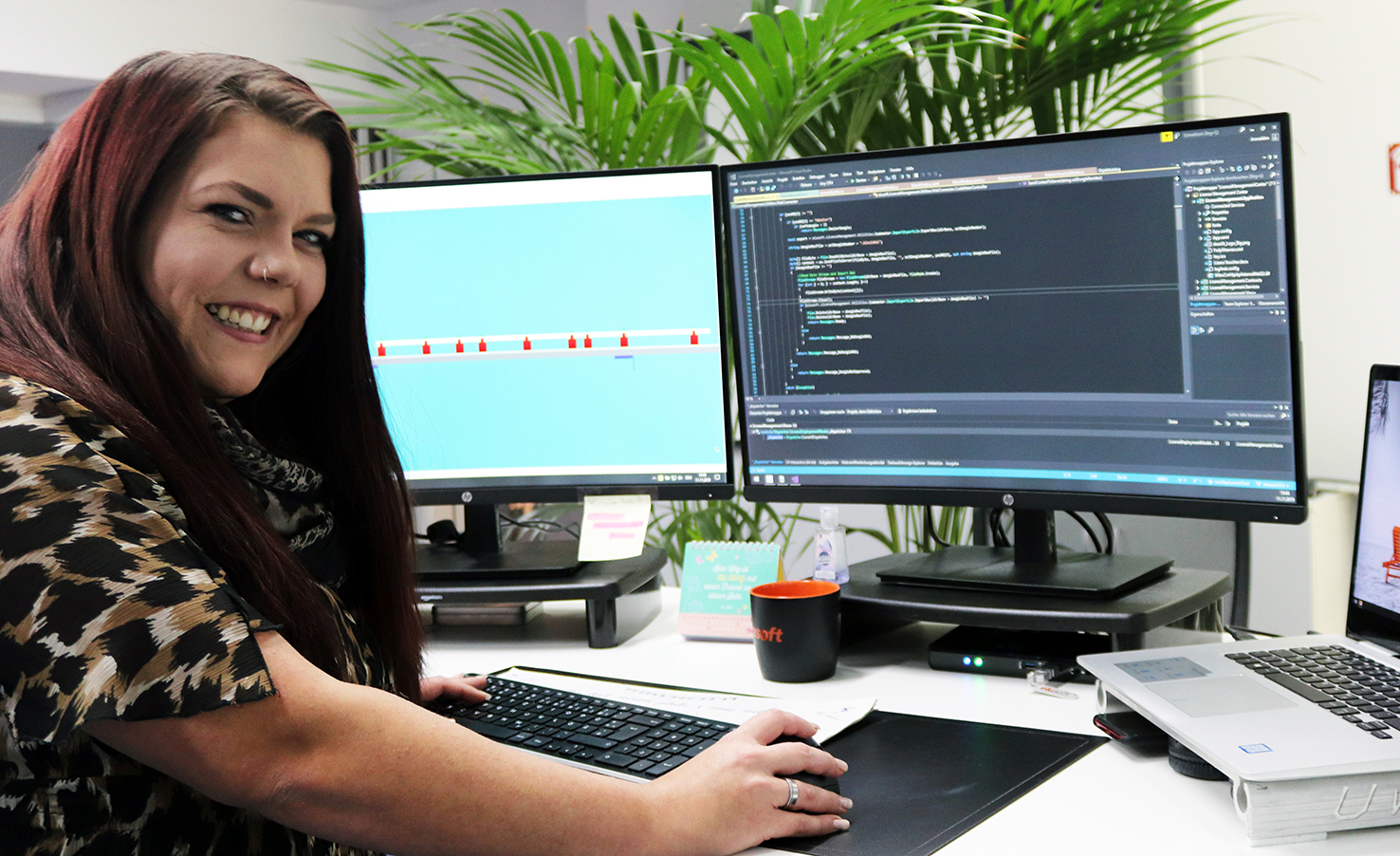 after completing her Master’s degree.

In a world embracing digital transformation, it is perhaps no surprise that elusoft continues to thrive. But this growth would not be possible without its employees, and the competition to recruit the brightest minds is fierce in a region where big names like Bosch, IBM and Daimler are considered to hold all the trump cards. The fact that elusoft is employing more and more people is a reflection of the exciting projects the company offers, its positive and friendly working environment and, last but not least, the start-up spirit that is still very much in evidence.

Over in Mühlacker, elumatec staff are well aware of how this benefits a software company, and elusoft is widely regarded as a crucial partner for both companies’ technological deve opment. “Automation is a key issue for all our customers”, says Huster. He believes software is becoming more and more of a selling point, given its ability to deliver the required efficiency in production sequences – “genuine added value for our customers”. This means elusoft is programmed for success, and it is playing its part in ensuring elumatec can look ahead to a bright digital future. 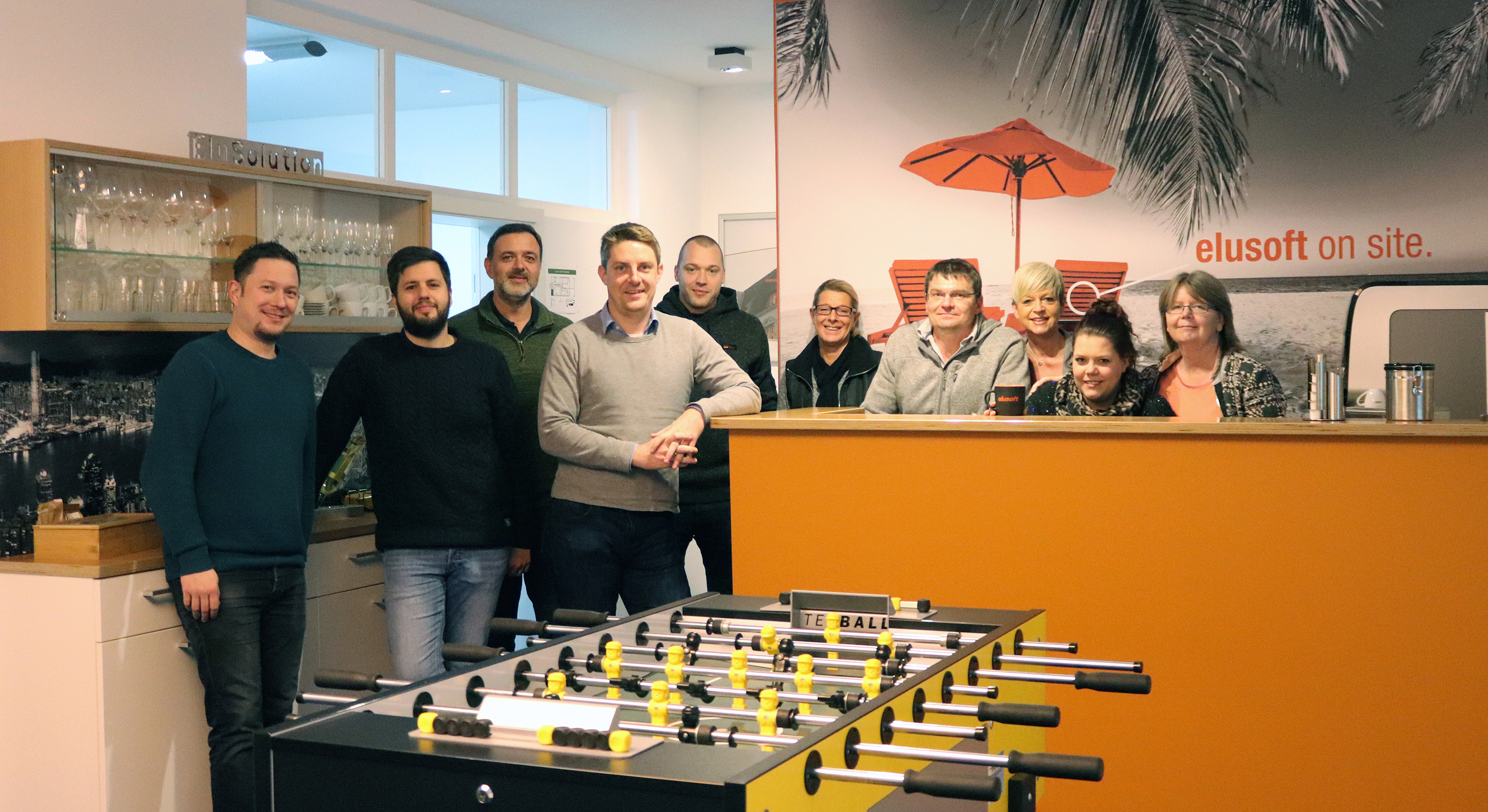 The elusoft team (left to right):

For more about elusoft, visit: