A high-profile visitor comes to elumatec: on 14 February a delegation of 30 people including the Baden-Württemberg Minister of Economic Affairs, Labour and Housing Dr. Nicole Hoffmeister-Kraut visited elumatec AG’s headquarters in Mühlacker as part of her tour of the Enzkreis and Pforzheim districts. The visiting party also included chief district administrative officer Bastian Rosenau, mayor of Mühlacker Frank Schneider, director of the Northern Black Forest Chamber of Commerce and Industry Tanja Traub, director of the Pforzheim branch of the Karlsruhe Chamber of Craft Trades Hans-Günter Engelsberger, and a number of representatives of the federal and state parliaments. 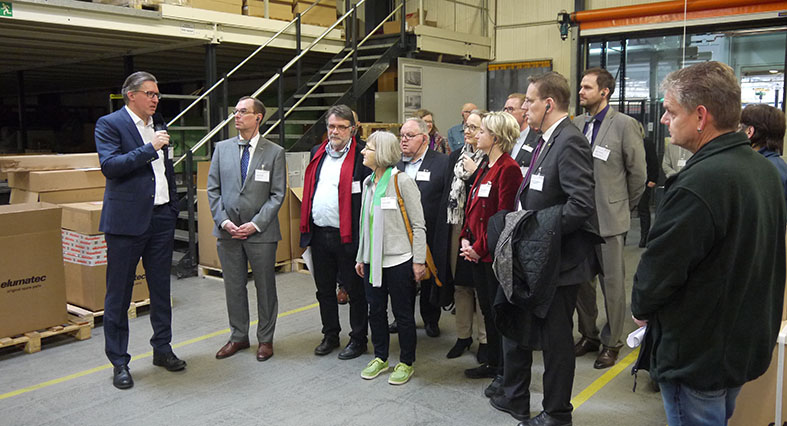 Ms Hoffmeister-Kraut is currently visiting companies and institutes in the region in order to gain an insight into the region’s economic situation and power of innovation and to discuss key issues for the future, such as securing skilled personnel, digitalization and housing/urban development, with those at the heart of these issues.

In addition to a brief introduction to the company and a tour of the site, a discussion with elumatec CEO Ralf Haspel was a key part of the agenda for the Minister and her delegation. 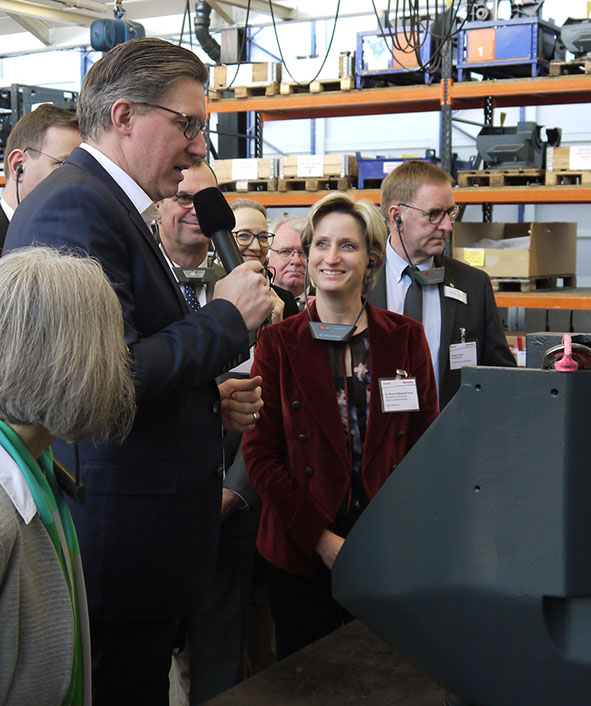 “As a medium-sized industrial firm, it is important that we are aware of the political perspective on issues such as digitalization, Industry 4.0 and the skilled labour supply in our region, and it is also important that we share our practical experiences with politicians so that they can create the exact conditions required for businesses like us to thrive”, said Haspel. 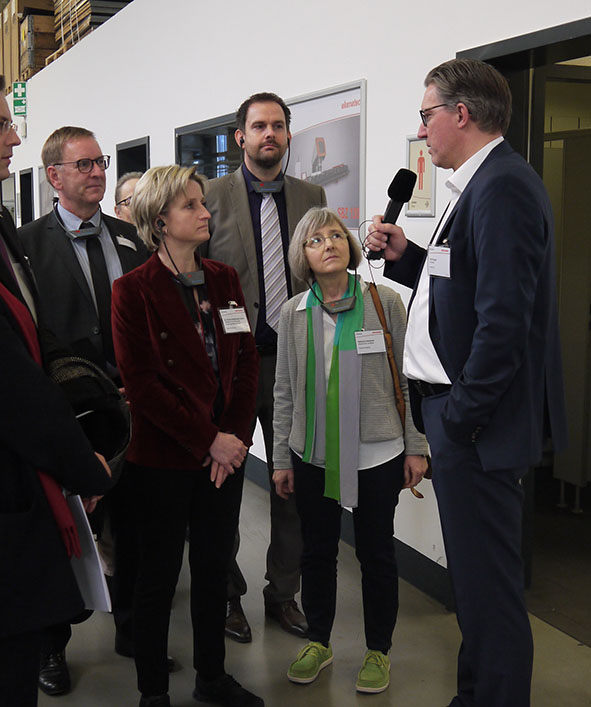